In 1940, parallel to the expansion of some major cities including Tehran the capital city, Cooler Iran, originally “Auto Tavakol Bus Fleet”, was established by Ali Akbar Tavassol Bagheri.

He started his small business with an old bus in Karaj, which was a very small city in the suburb of Tehran. His creativity and intuition for business led him and his small company to an outstanding growth through these years.

Auto Tavakol became one of the top transportation companies in Iran. It was known as the most popular and successful company with a good reputation for its punctuality and fast service.

In 50's, as the government planned to nationalize the Public City Transportation, Auto Tavakol gradually transferred its right of public transportation to Vahed Co. (the State Bus Fleet Company) and mainly focused on the transportation in the suburb area and the office employees, State or Private factory workers and school children. In 1966 the company owned 500 buses and moved about 100,000 passengers’ everyday in Tehran and suburb cities.

One of the old buses of Auto Tavakol fleet

As the result of these changes in the government policies, the company concentrated partially on trading business and finally in 1969,  “Auto Tavakol Trading Co.” was established as the subsidiary of the Mother Company. Being a trading company in 1971,  “Auto Tavakol” focused its activity on import and distribution of automotive air conditioning systems, and related parts for the first time in Iran.

During the first few years of trading company’s activities, the concept of the use of A/C systems was vague to people and lack of demand has made the business more challenging .The company tried hard to create the culture as well as the market for A/C systems. Finally under the new management, and as the result of major organizational changes, sales increased to the extent that in 1978, the company's diversity of products could furnish the needs of around 180 different kinds of automobile A/C systems.

One of the company's initiations was the project of designing and equipping “Paykan” (National Car) with A/C. Since that time, this car has been manufactured and used without A/C system for more than one decade. The company dispatched a Paykan to UK to develop a special Paykan prototype A/C system. That was a very successful project which guaranteed the sales of 20,000 units to the largest Iranian car manufacturing company, “Iran Khodro” (former Iran National).

After the Revolution and during Iran-Iraq war, the trading company’s activities were restricted because of war consequences for relatively a long period of time. At the same time the emergence of compressors new Technology worldwide, revolutionized the A/C systems industry and the installation of A/C systems for the cars with the lower engine capacity was made possible.

The end of the War and the emergence of the New Technology marked a turning point in the company's business. This boosted the company’s activities after a long period of recession. To create a new kind of company for a new era of opportunity, in 1994, the first Iranian A/C Manufacturing Company, “Tolidi Sanati Cooler Iran” was established to satisfy the increasing needs of the domestic market and to promote the economical status of the country.

During the last three decades of activities in this field, the company has worked with such various countries as USA, UK, Italy, Spain and Japan. Currently Cooler Iran is the most famous A/C Manufacturing Company in Iran with a powerful network of authorized sales and service agents all around the country, supplying A/C systems to major local automotive manufacturers. 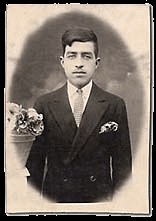 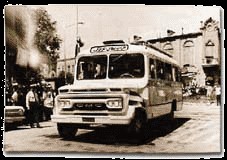 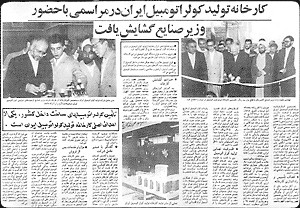